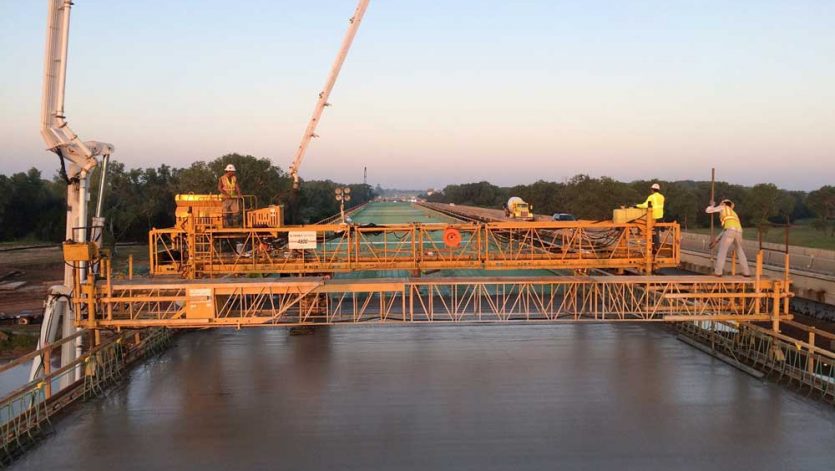 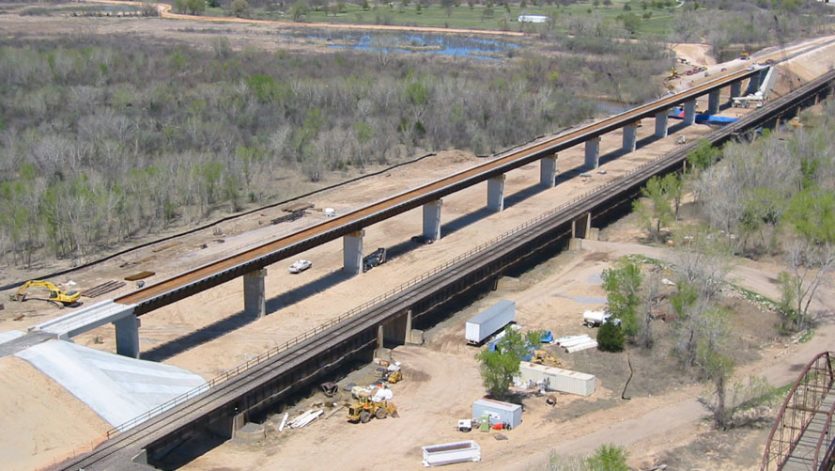 I-40 over Canadian River

The I-40 over Canadian River was awarded by the Oklahoma Department of Transportation (ODOT) for the replacement of two 2500′ bridges with 28′-0″ clear roadway. The existing bridge structures were originally constructed in the late 1950’s and had surpassed their useful life. The new bridge structures are 2601.66′ in length with a 41′-0″ clear roadway. This project included multiple milestones for the amount of time traffic was to be placed head to head on the existing bridge as well as an overall completion milestone. Manhattan Road and Bridge (MRB) consulted with a 3rd Party engineering firm to redesign the substructure of Bridge B to expedite the project prior to placing traffic head to head. The redesign benefited all parties, ODOT & MRB, by eliminating the amount of time traffic was to be placed on the dilapidated bridge. This project eliminates a “Structurally Deficient Bridge” from ODOT’s registry.