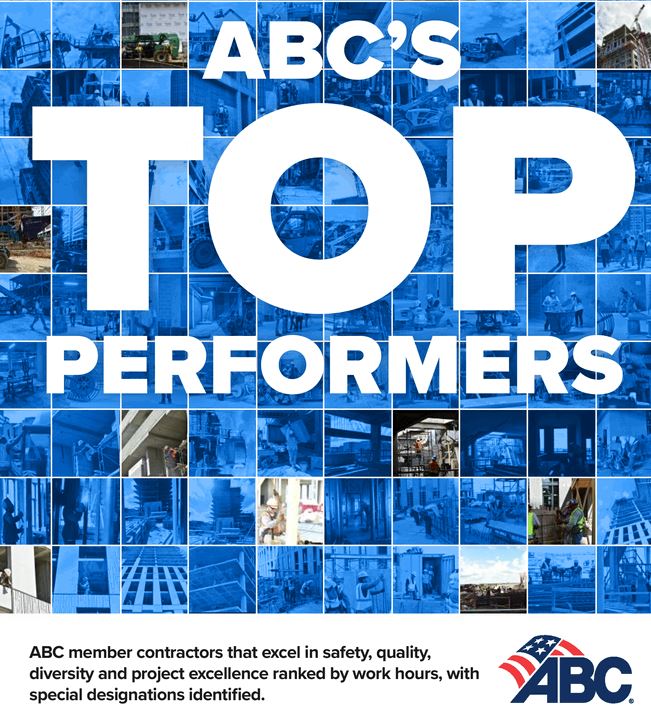 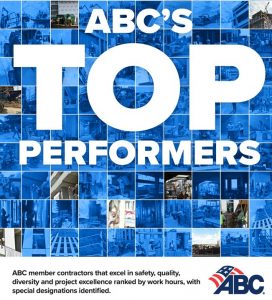 “ABC Top Performers are leading the way in the merit shop construction industry, where diverse participants are constantly striving to achieve the highest levels of personal and company performance in an environment of fair and open competition,” said Michael Bellaman, president and chief executive officer of ABC. “These rankings will help the industry identify contractors like Cantera Concrete Company that have achieved world-class safety performance, demonstrated their commitment to their workers and their communities and earned recognition for project excellence and diversity.”

To be eligible, Cantera Concrete Company has demonstrated world-class safety performance by implementing ABC’s STEP safety management system, which makes the top-performing contractors up to 680% safer than the U.S. Bureau of Labor Statistics industry average, according to the ABC 2019 Safety Performance Report. Cantera Concrete Company is a four-time recipient of the ABC STEP Platinum Safety Award. Top Performing companies are ranked by size based on the number of hours worked in 2017, as reported in their 2018 STEP applications.

Founded in 2001, Cantera Concrete Company is a commercial concrete subcontractor that provides structural or elevated, tilt-up, piers, flat work, foundation and architectural concrete services. Cantera is an Accredited Quality Contractor (AQC) and performs work in Oklahoma, Arkansas and Texas. Cantera is a member of the Manhattan Construction Group family of companies. www.canteraconcrete.com