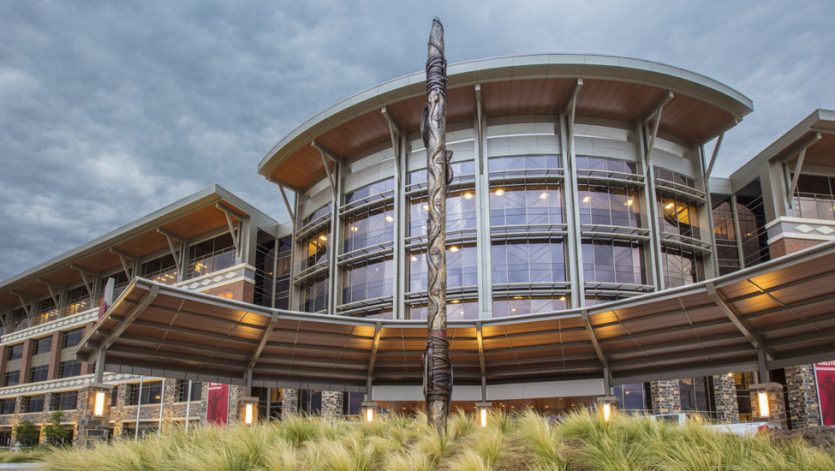 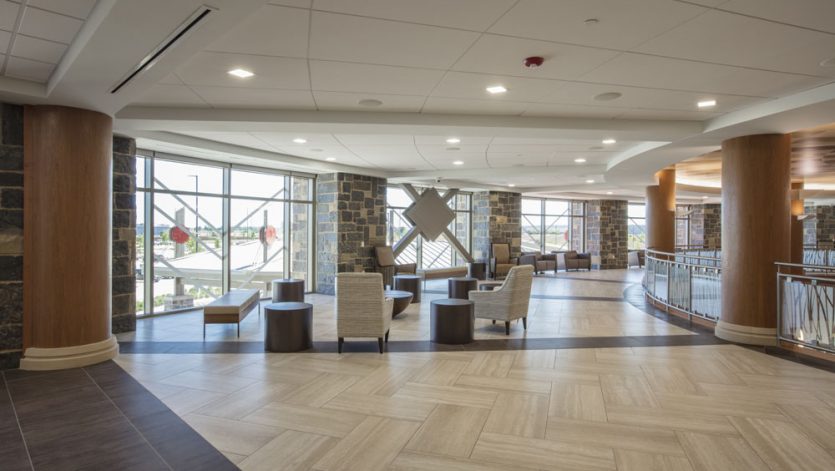 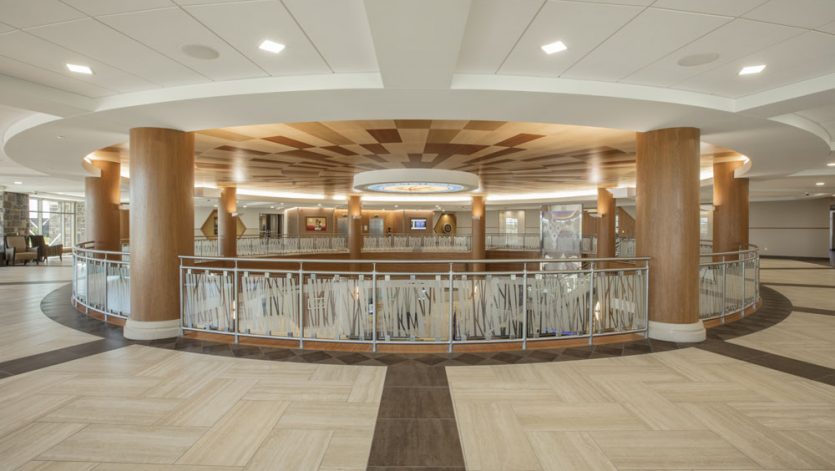 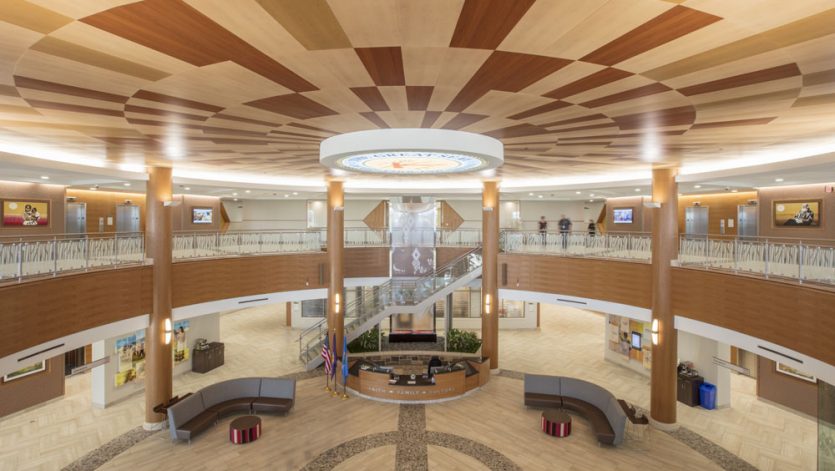 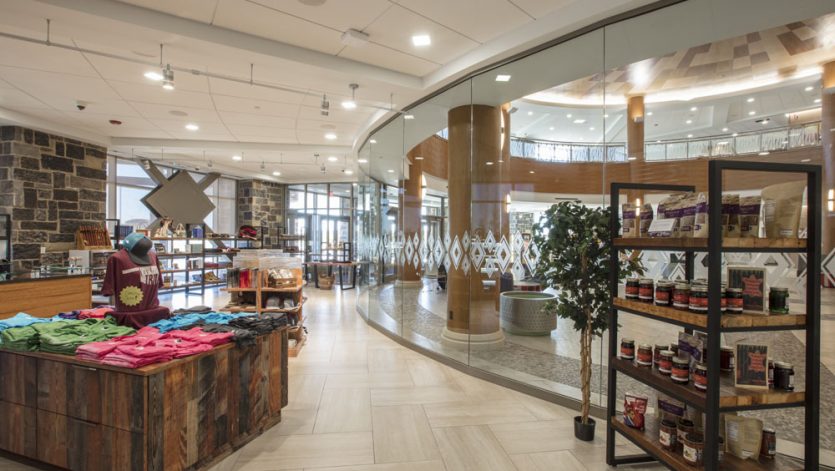 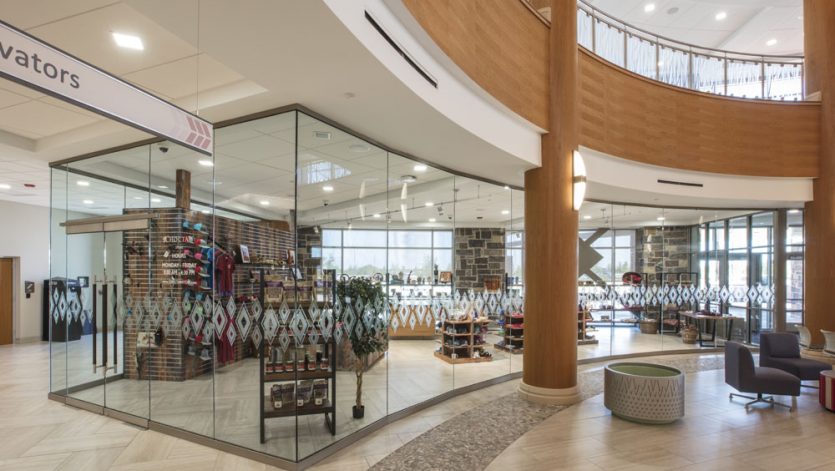 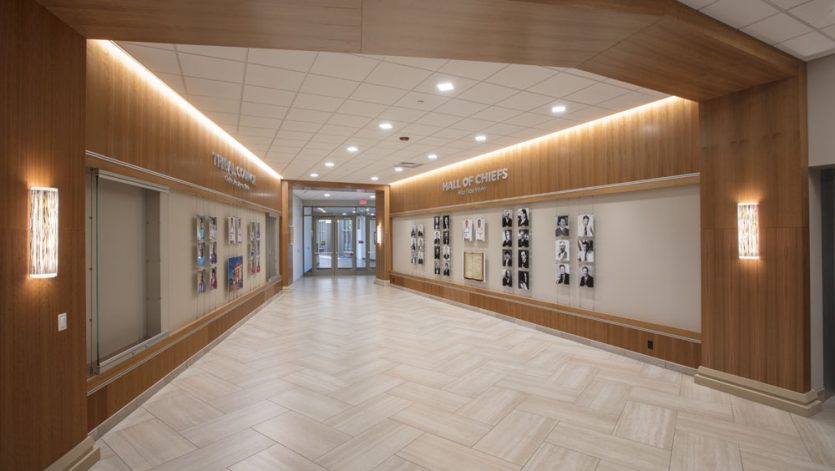 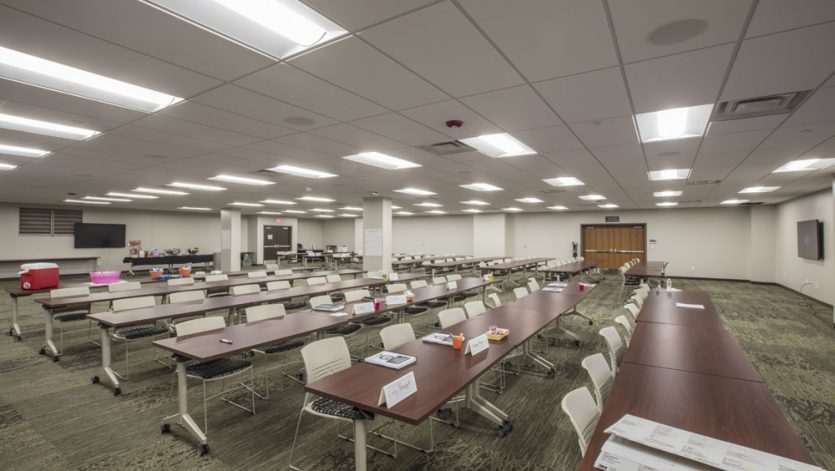 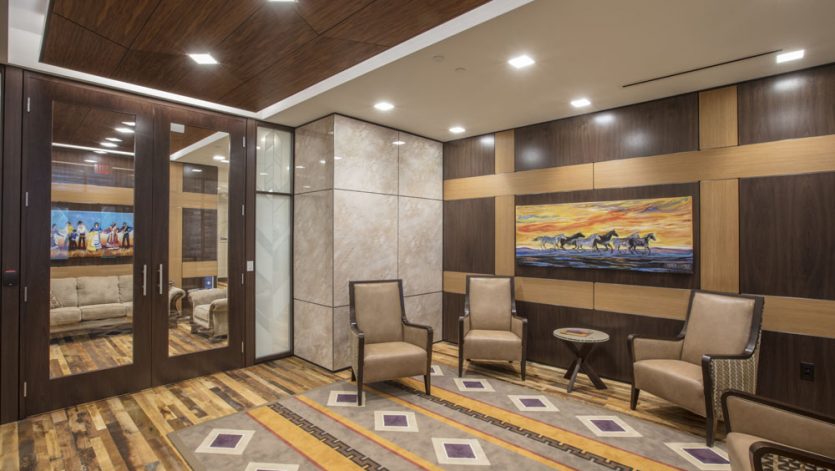 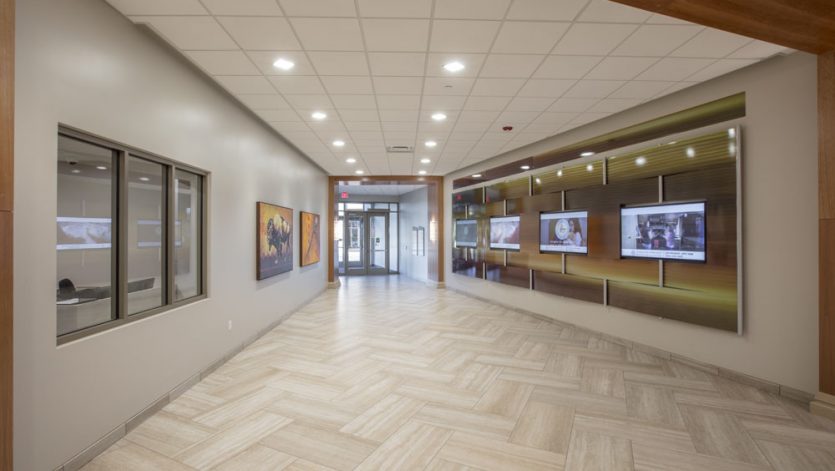 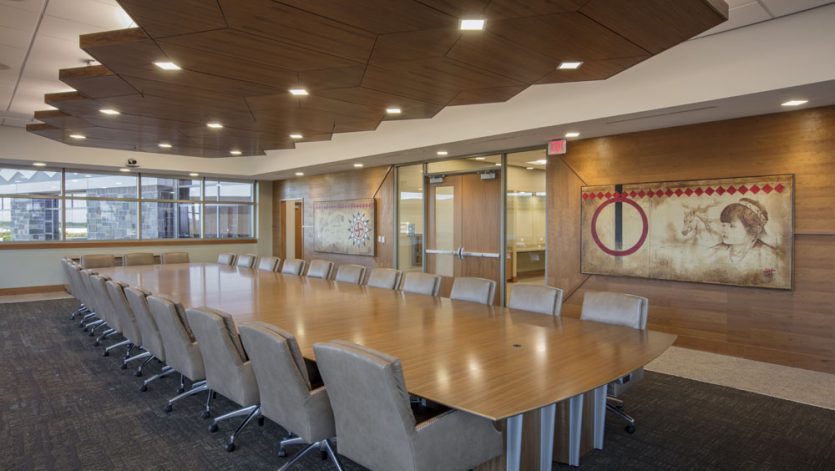 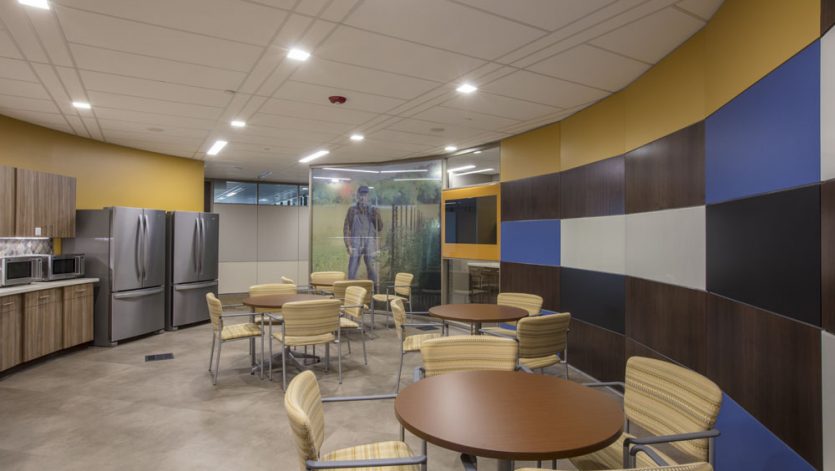 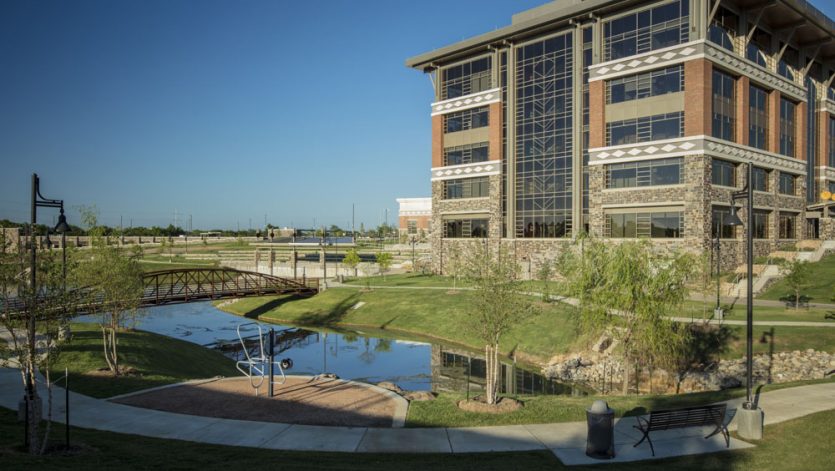 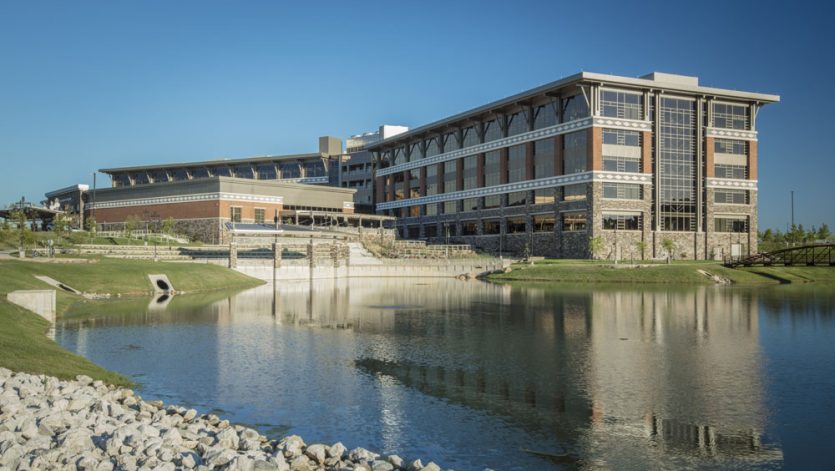 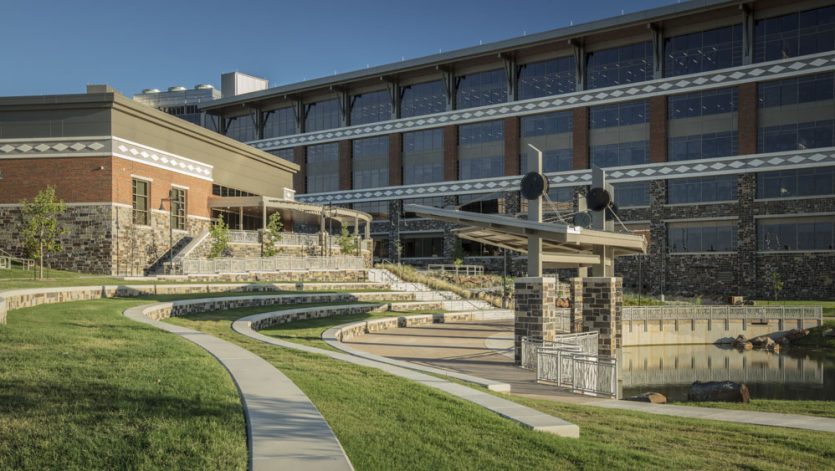 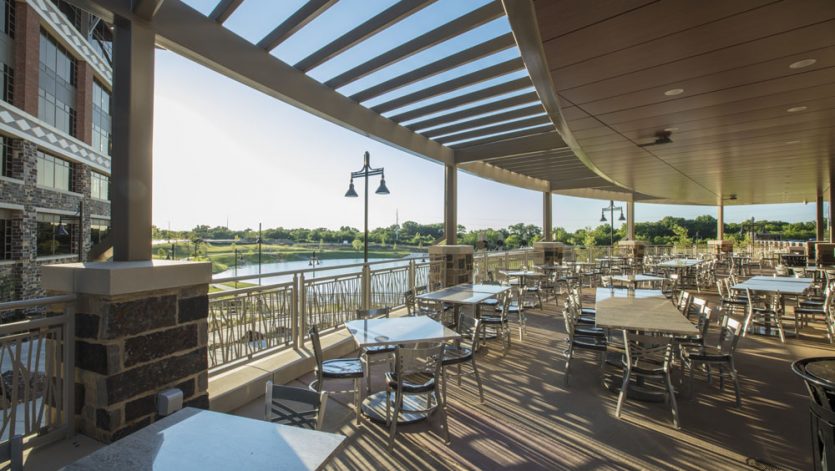 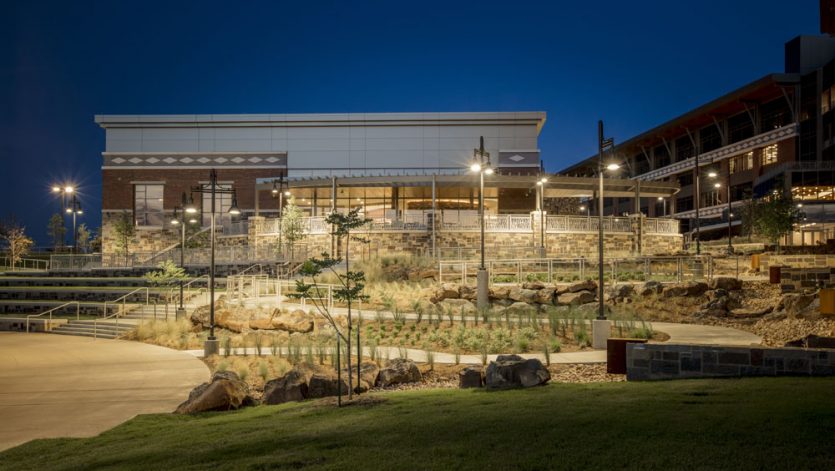 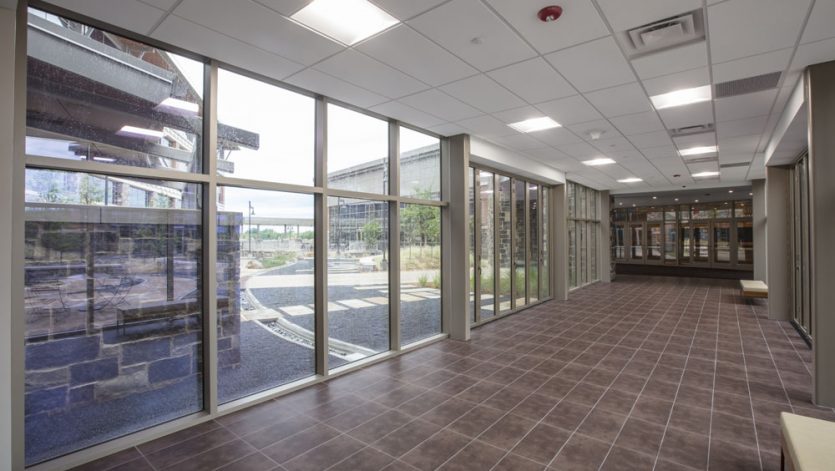 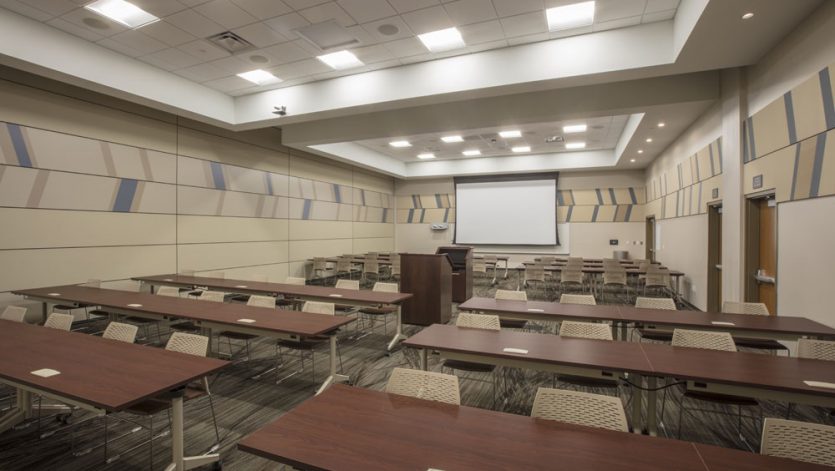 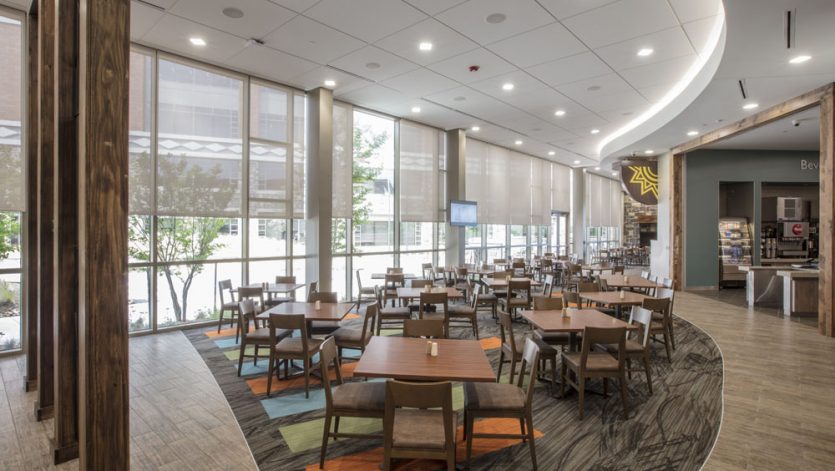 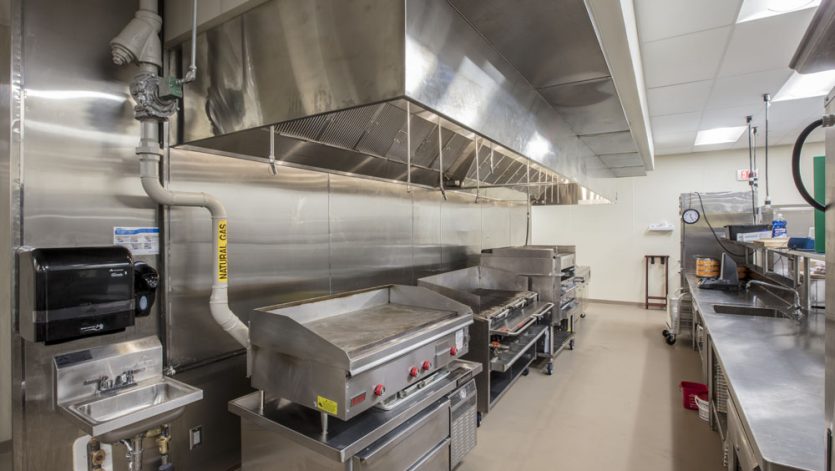 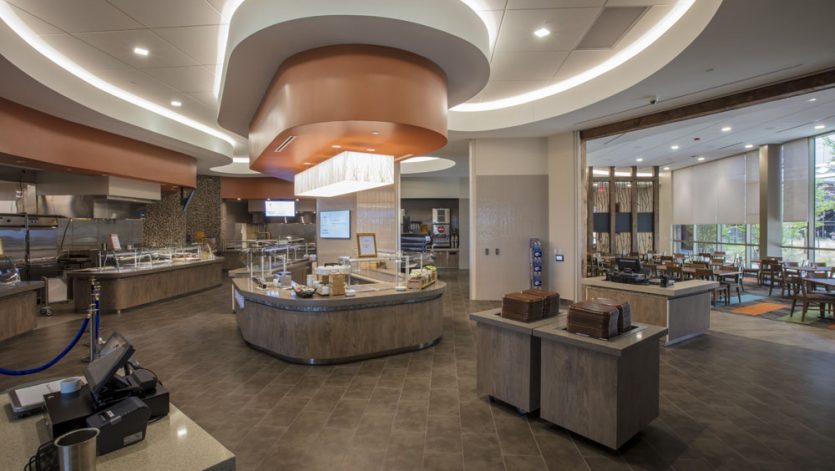 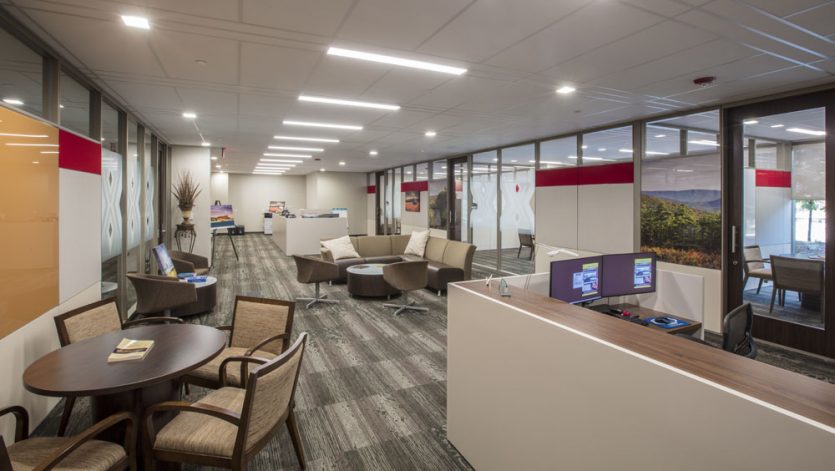 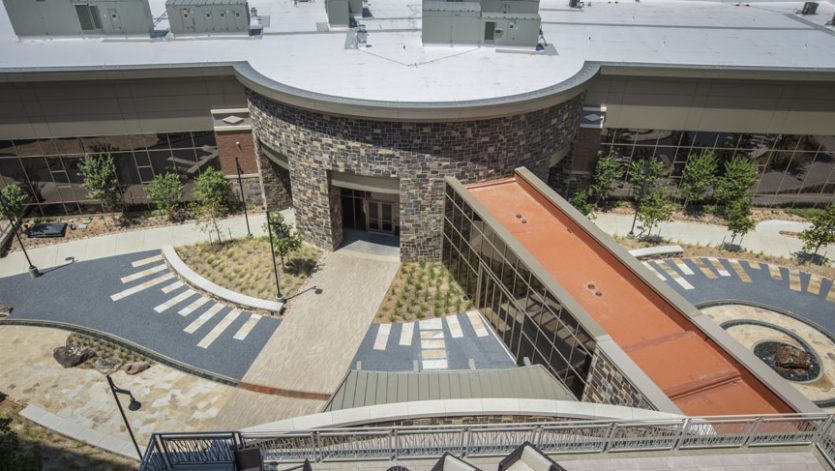 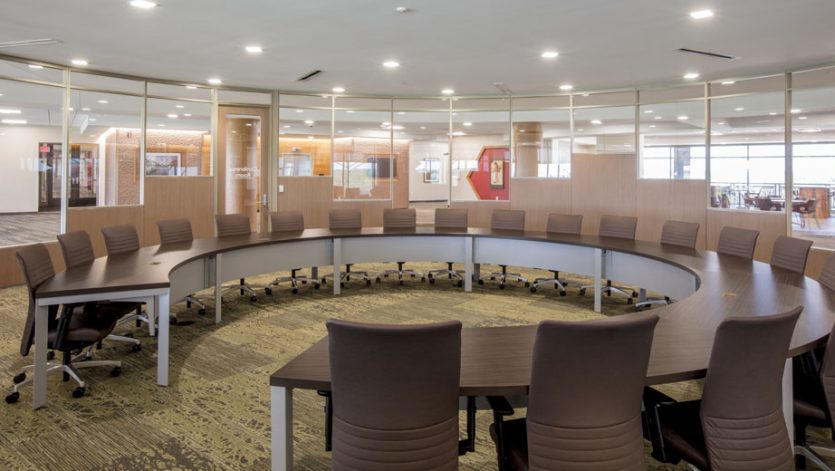 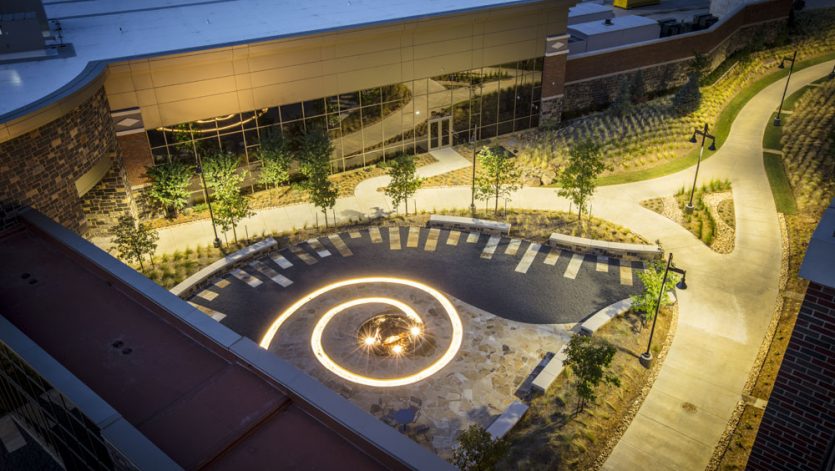 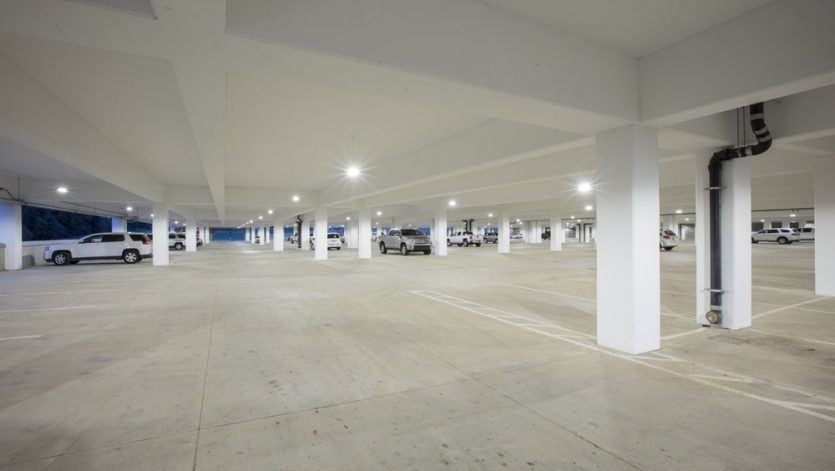 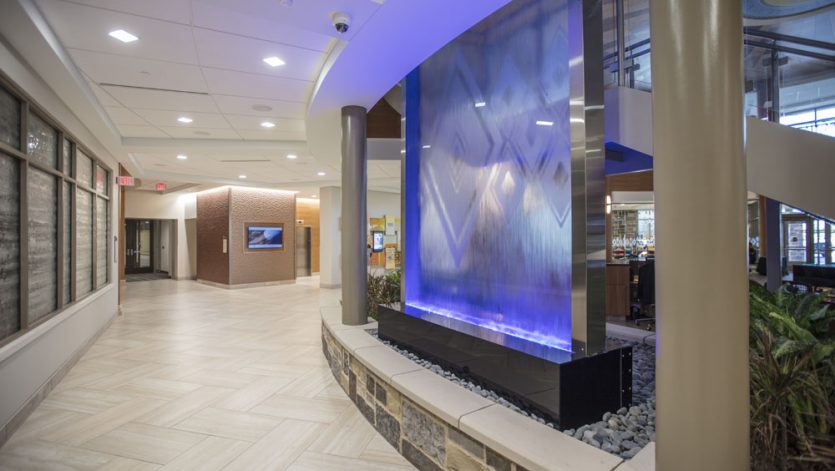 The Choctaw Nation of Oklahoma Tribal Complex project is centered around the Tribal Headquarters Building that houses approximately 75 tribal business units, the Chief’s office, and various government programs; it consolidates the tribe’s government offices into a single building. This five-story, 500,000-square-foot building, consists of a west wing, east wing, and a rotunda in the center. Amenities include a conference center, cafeteria, employee dining, commercial kitchen, and tribal artifact and history display. The building is clad with brick, cast stone, and curtain wall, which display the diamonds throughout the shape, a traditional symbol for the Choctaw Nation.

The office spaces of the building include a raised floor plenum system for HVAC and electrical distribution and Owner-installed DIRTT Modular office cubicles and walls throughout.

Connected to the headquarters facility is a two-story, 765 space parking garage that provides covered parking for employees and visitors.