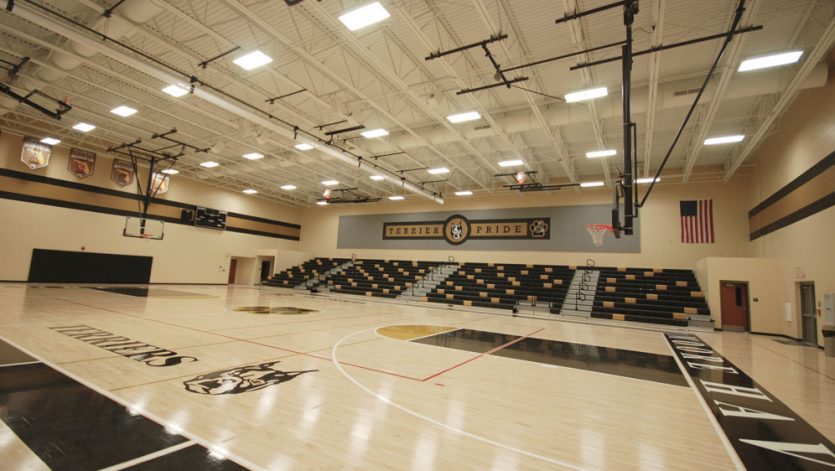 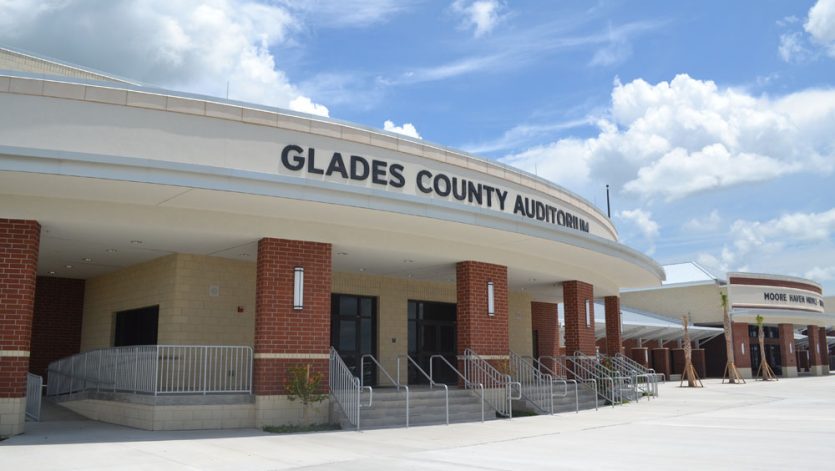 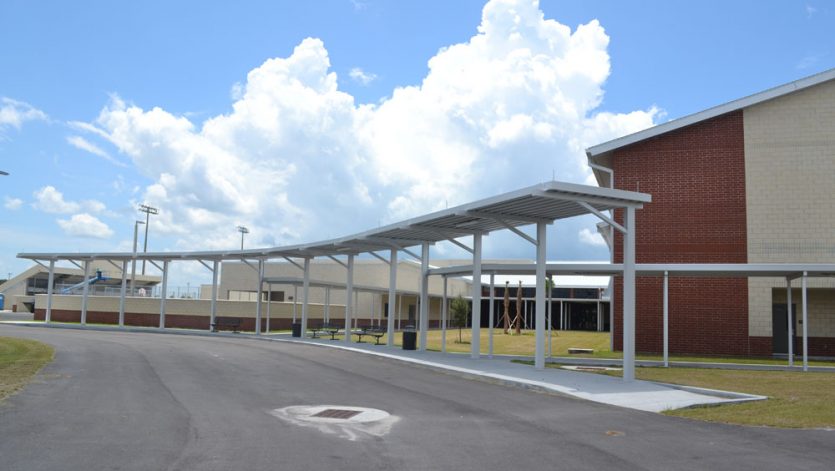 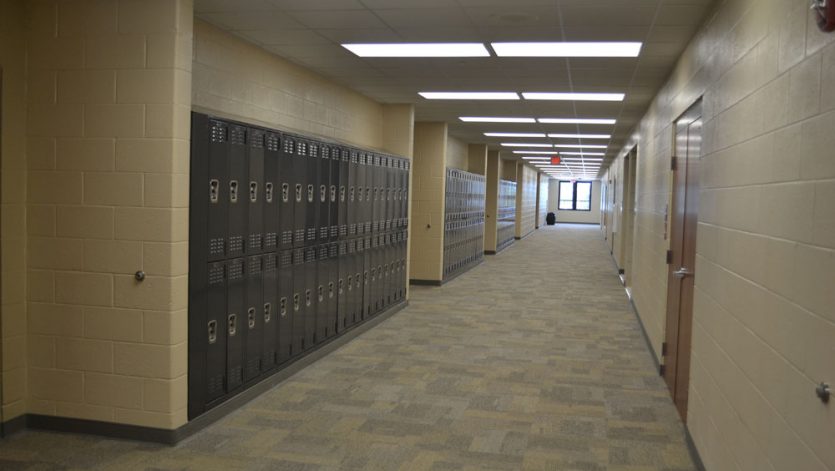 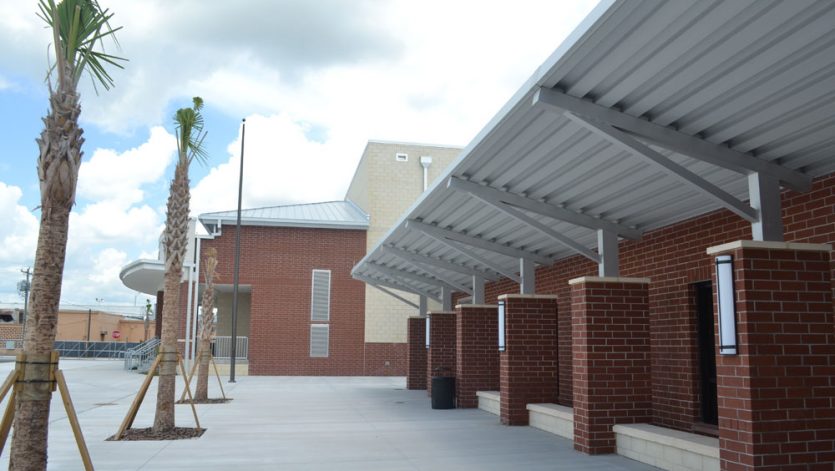 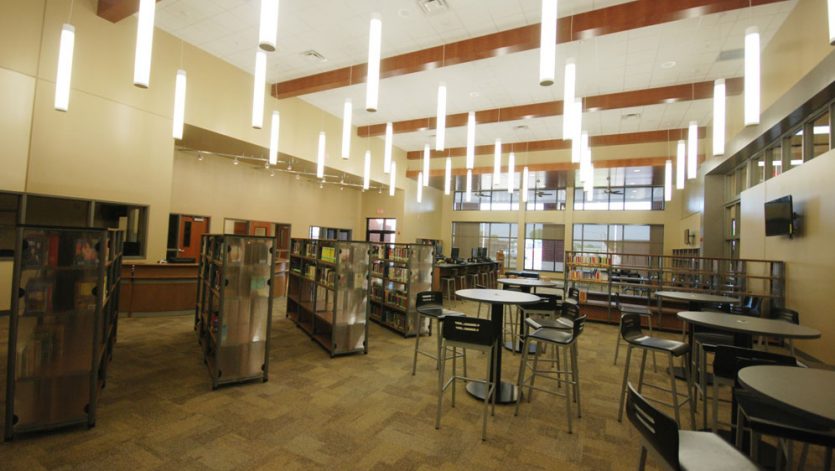 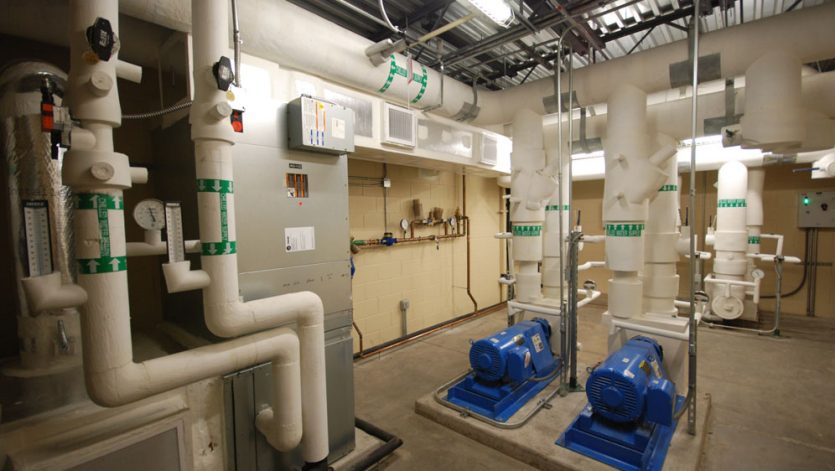 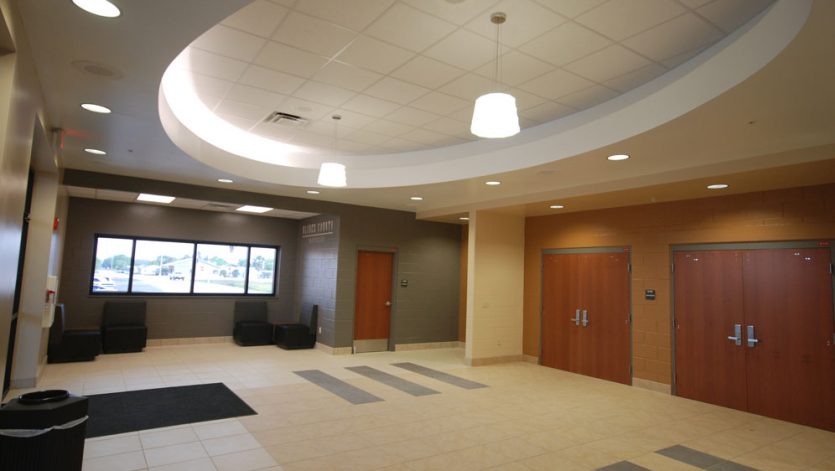 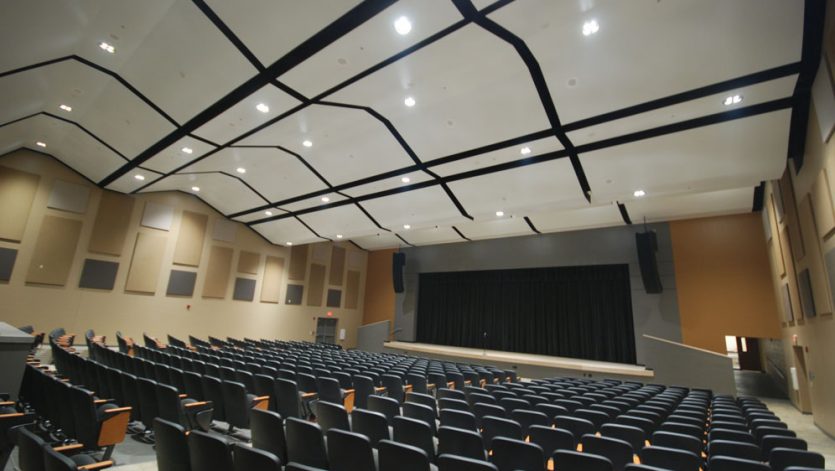 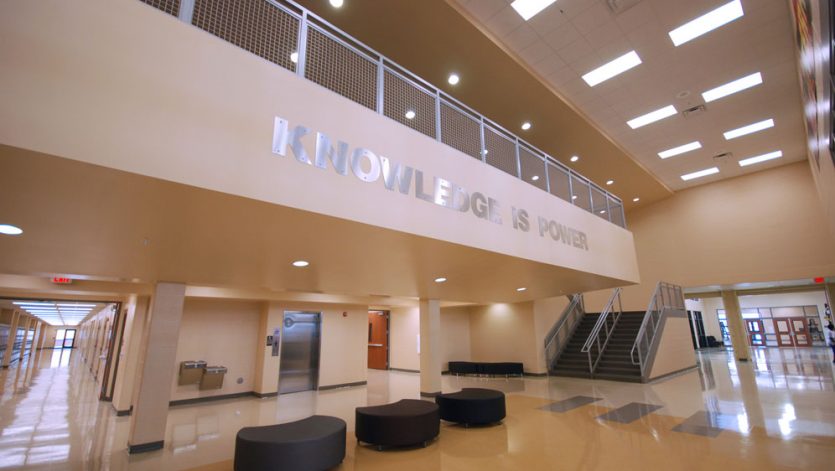 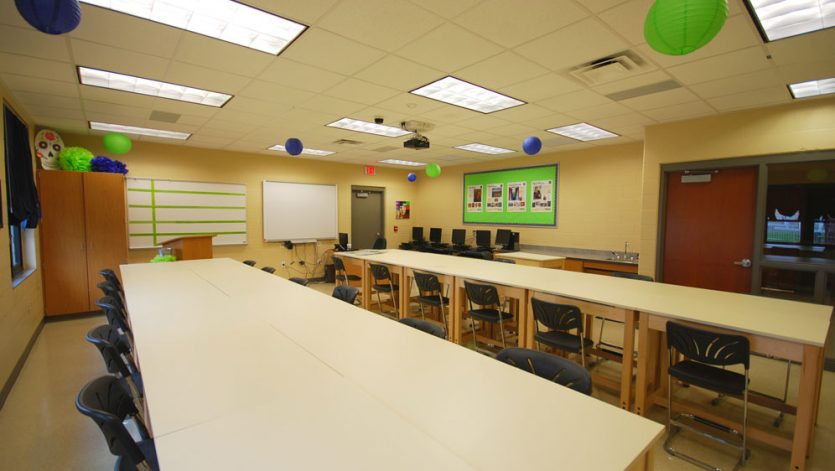 The Moore Haven Middle-High School Replacement Project consisted of the demolition of an existing school and the construction of a new facility. The first phase included demolishing multiple buildings on the active campus, requiring the re-routing of students and staff around the site to accommodate construction. After demo, a significant amount of de-mucking was required before starting construction on the new building.

Construction of the new 109,564-aquare-foot Moore Haven Middle-High School consisted of several different room types including an auditorium, cafeteria, media center, gymnasium, two-story classroom wing and an administration office area. Also as part of the project were the renovation of three existing buildings and the replacement of the concession building at the stadium and the refurbishment of the existing concrete stadium seating.

The structure of the new facility is comprised of concrete block and tie beam with a brick facade. Cavity wall construction and other architectural features made the Moore Haven Middle-High School Replacement project both challenging and exciting.

The School Board of Glades County received government funding towards the Middle-High School for students grades six through twelve. The City of Moore Haven was well over due for a new facility. Outdated technology and facilities, including a gymnasium that was not air conditioned, had a negative impact on the student’s learning environment. Most people residing in Moore Haven have either gone to or worked at this school. This being said, the replacement of Moore Haven Middle-High School not only impacted the current staff and students, but the whole community of Moore Haven.