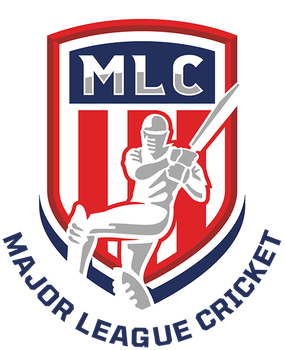 SAN FRANCISCO, CA (July 26, 2022) – Major League Cricket (MLC) announced today the timeline for completion of Grand Prairie Stadium, with work underway on the first world-class cricket venue to be constructed by America’s professional T20 league. Set to open in spring 2023, the stadium in the City of Grand Prairie – located centrally in the Dallas-Fort Worth metropolitan area – will play host to MLC’s Texas franchise. The team’s identity and launch plans will be announced later this year.

Demolition and excavation work began this week at Grand Prairie Stadium, the former home of the Texas AirHogs, with a total cost of $20 million set for the current phase of renovations that will transform the venue’s baseball diamond into a cricket field with a natural grass turf wicket. The stadium’s conversion will create a fully dedicated world-class cricketing facility with an addition of seats around the oval increasing permanent capacity to over 7,000. The venue will feature 1,000 club and premium seats, with the ability to expand to a capacity of over 15,000 for major events.

MLC has retained HKS as project architect, with the Dallas-based firm responsible for designing iconic venues including SoFi Stadium in Los Angeles and AT&T Stadium in nearby Arlington, Texas. Manhattan Construction Company is serving as Construction Manager for Grand Prairie Stadium’s renovation and improvements, with Manhattan’s experience also including building AT&T Stadium and Globe Life Field, home of the Texas Rangers.

The improvements now underway at Grand Prairie Stadium include refurbishment and enhancement of the stadium’s 13 luxury suites and Hall of Fame and Officer Club Rooms, installation of premium seating experiences around the field, and a renovation and reopening of the stadium’s sports bar facility. The new cricket stadium will be capable of hosting major international competitions meeting full international broadcast specifications. Training nets, batting lanes, two additional outside turf fields and further enhancements to the venue will be made in subsequent renovation phases.

The City of Grand Prairie is an ideal location for a premier cricket stadium in the United States, with its strong cricket fan base and demographics in surrounding areas, favorable time zone for broadcast in major international cricket markets, and the Dallas-Fort Worth region’s pedigree as a home for major sports teams and stadiums.